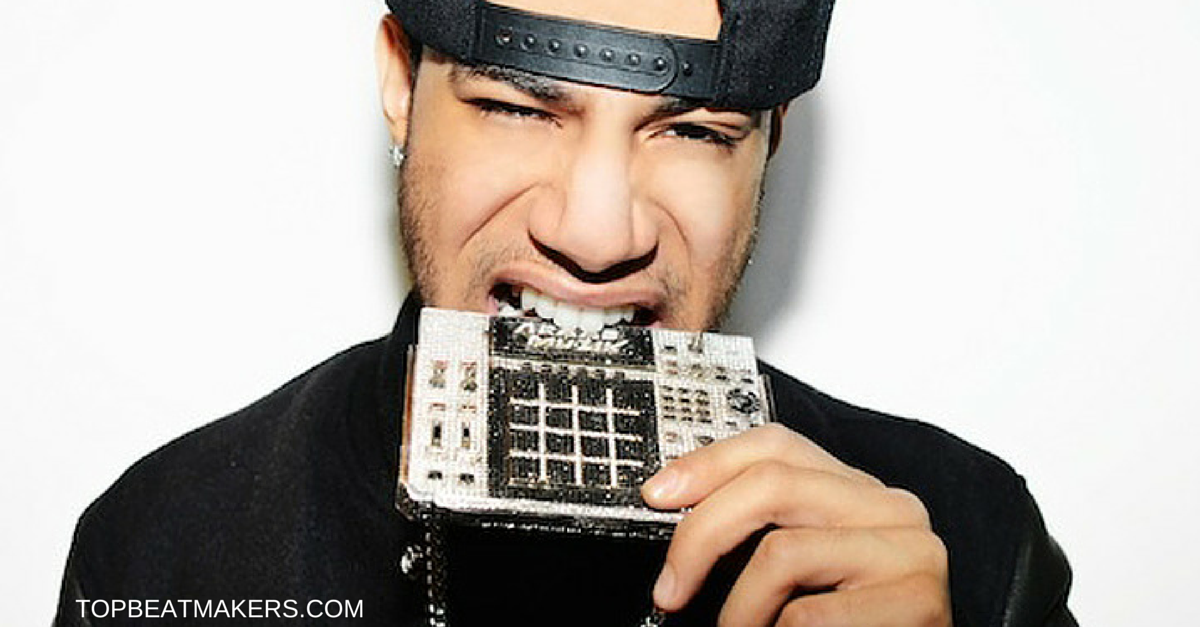 If you were to Google the name ARAABMUZIK, you would discover a lot video’s showing this music producer hammering on an MPC as if he was Travis Barker on the drums. With his fast rhythmic touches on the machine – while donning a New Era fitted, some might call it poetry in motion, others might say it’s suicide on an MPC, but for the this producer it’s just another day on the job.

Born Abraham Orellana in Providence, RI, the middle child of two other siblings, he grew up with an affection to music starting at a very young age. “I’ve been drumming since the age of 3. When I was around 10, I started getting into keyboard and producing my own music.” Half Dominican and Guatemalan, he confesses that his Hispanic heritage has influenced his music to a degree. With his mom being a one-time professional singer he’s been around melodies and beats his entire life, however; growing up in Providence… it’s natural to assume Hip-Hop not having much of an influence in the city, considering that’s it sprawled so far away in New England. “There’s definitely a lot of Hip-Hop here. You’ll find a lot of local rap groups, solo artists out here that are trying make it, it’s just the fact that we’re not on the map like that just yet.” Having found much success working with Dipset members Cam’Ron, Duke Da God, Hell Rell and others, he’s also shopped beats to Young Jeezy, Ludacris, Cassidy, Gucci Man, Young Dro and Fabolous. With his rapid beat making techniques, it’s easy to understand why it’s getting him on shows from state to state because it’s amazing to see. “I’ve been getting booked buy clubs lately to do shows performing on my MPC live. It’s something different and unique, and it puts me in a position to be a trendsetter, but on the other hand – it’s allowing other producers in the crowd to hear my sound and see what I’m doing but I don’t think you can really duplicate what I’m doing.” Putting a name on how to define his music and style is a daunting task, but under the fabric of his beats still lies a blueprint from the influences of Dr. Dre, Swizz Beats, Alchemist, Just Blaze, Scram Jones, Pete Rock, 9th Wonder, Hi-Tek, DJ Khalil and Heatmakers. These famous producers vicariously helped in perfecting his craft to the point now that it’s a full time job. “When I first started making beats, I went from the keyboard to a software program and to an MPC. My motivation at that time was just for the fact that I wanted to hear and make my own music. All my old beats on the keyboard where like a good 3-4 minutes long and as I got better, so did the beats.” Not really needing much for motivation when making a new beat is natural. “I’m not the type that needs to smoke a blunt or have a drink to be creative. “I just sit down and think of what I’m going to do or how I’m going to do it. It doesn’t take long… no more than ten minutes for me to complete a beat. It’s always like 10-15 minutes the most and then I’m done.”

As his talents continue to move him forward, don’t ever think leaving his hometown is in the plans. “Growing up in Providence, I was blessed because I didn’t have to go through a lot of the things that other people that I know in places like Boston and New York had to go through. I was raised by both my mom and my pops and their still together this day. Besides, it doesn’t matter where I’m from just so
long as the people keep liking my beats – that’s all that matters.”