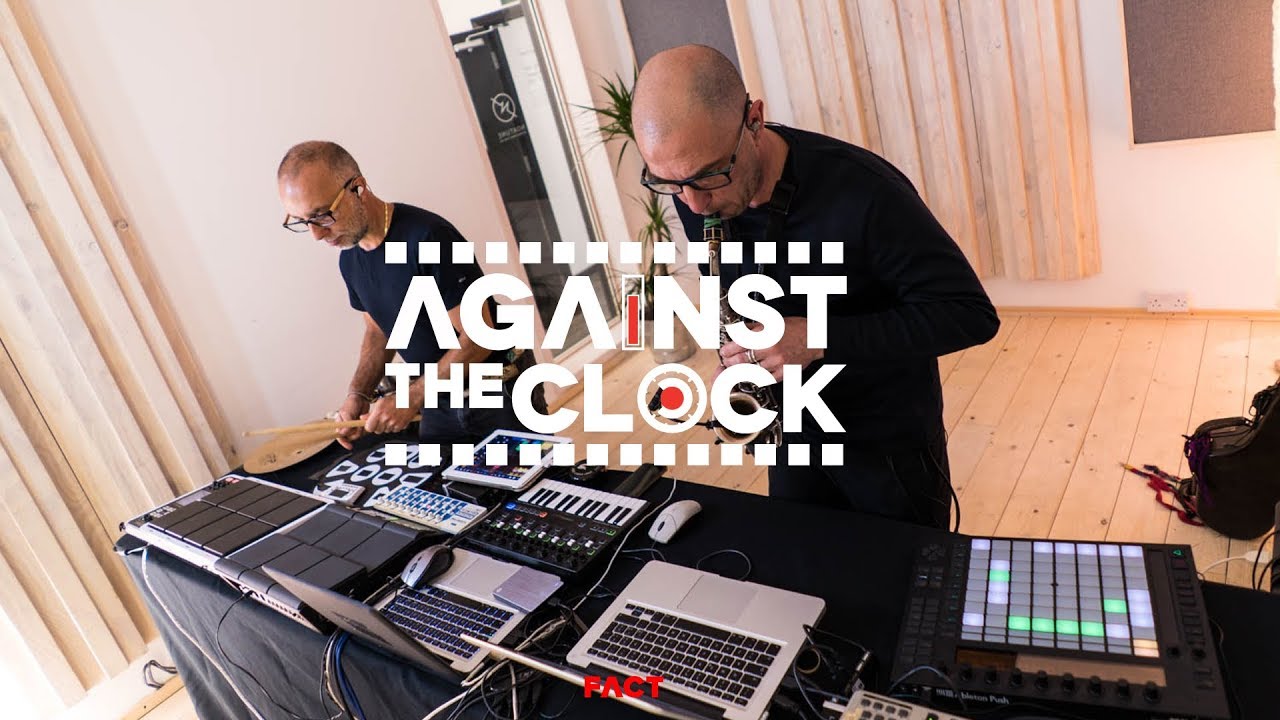 Having collaborated with Bretschnider and Senking, Fennesz and Murcof over their career, Ozmotic this year released their first album for the influential Touch label, Elusive Balance – an LP that explores the relationship between humans and nature.

Ozmotic aren’t the most likely candidates for making a track in 10 minutes, but when we met up with them at London’s Noatune Recording Studios for this episode of Against The Clock they impressed us with their intricate live setup that even included live saxophone.